What It Means to Be a Veteran: Reflections on the 20th Anniversary of 9/11

Teach Me How to Pray

My name is Penny Lee Deere. I'm retired after serving 20 years in the U.S. Army, as a SFC. I joined the Army in 1975 in the Women’s Army Corps. I am an advocate for women veterans. With issues in the news today about military sexual trauma, women in combat, etc., I'm very interested in following these    and other activities related to women veterans. I should say though, I am not political in the least!

I spent 12 of my 20 years in what was West Germany during the Cold War. One of my jobs was watching the communists in the Warsaw Pact countries, also referred to as those behind the Iron Curtain. I was there when solidarity took hold in Poland setting off a chain of events! I was there when the Berlin Wall came crashing down and when the USSR dissolved in 1991. It was not until I started writing of this down did I realize. Amazing stuff! And who even remembers it now!?

During my 20 years on active duty, I went to Desert Storm and Desert Shield during the 1990s. Not unlike the battle fatigued soldiers returning from Vietnam, these people were not the same when they returned. They might look normal on the outside, but the mind, the body and the spirit are broken. It is estimated that one third of the first Iraq War veterans are now coming down with unexplained illnesses, rashes, children born with birth defects, or even death from exposure to something they came in contact with there during the conflict (possibly depleted uranium, oil field smoke, biological or chemical agents, the use of PB tablets or something else). Say nothing of the PTSD cases.

I have a learning disability, which means for those who don't know, even with average intelligence, in my case, have trouble writing and understanding written communication. I had this issue all through school; I was one of those children who slipped through the crack, as it went unrecognized. So my heart goes out to the children struggling in school and I strive to help when and where I can.

What I'm saying is I look out for the underdog; that defenseless little child who might have trouble learning, the female or Gulf War veteran, anyone who might need a helping hand. So again, I have chosen to be an advocate for any one of several platforms!

I am active on social networks, talk to newspapers, and even took part in a live play. Additionally, as part of my healing process I recently took part in a creative writing and photography workshop and started music therapy. I joined the Stratton VA Chorus where I not only enjoy myself but found it beneficially healing! I found there veterans from the World War II era, Korea, Vietnam, the Cold War, and Gulf War. I consider myself very fortunate to have the opportunity to "hang out with history.”

It was while participating in the chorus that I met George. He is one the many people I have met on my journey of recovery. I would like to introduce you to George William Barner. I am very impressed with George and I think you will be, too. You see there is something about George that makes me feel that he and I have some sort of connection! Some might think of it as 'karma', or as one of my counselors (mentors) suggested as serendipitous. I believe there was a reason I met George, and vice versa. I'm not sure that we have not met somewhere else before, truth be told! I know, I say that at the risk of sounding "off my rocker". Although George was born in Virginia, he and his family moved to New York City during his early years. George served in the Army during the Korean conflict as an artillery section chief for two years. George wears his hat proudly reflecting his time in the 2nd Infantry Division. By the way, George, my daughter,  just got back from the DMZ. Still, after all these years, our soldiers are manning that gate to keep communism at bay where you once served! Thank you George!

Following his discharge from the service, George completed his master's degree in French from Columbia University where he later taught journalism. Can you imagine how hard it is to get into Columbia? And, then he chose French as a major! George I would love to hear more about how you have used your language skills over the years.

He began his career as a police reporter, reporting about drug trafficking. This led him to become a traveling reporter. This work included following and reporting directly on Martin Luther King's Civil Rights movement for over four years. He had opportunity to converse with Thurgood Marshall, the first black associate justice of the U.S. Supreme Court.

Did any of you know Martin Luther King Jr. was stabbed by a deranged woman in 1958? I didn’t. George interviewed her while she was in Sing Sing prison.

As an acclaimed civil rights reporter, his newspaper writing was picked up by a multitude of papers but he primarily wrote for the New York Times and the New York Amsterdam News. There is no way I can tell you about all George's writing, but two articles, "Newark Riots: July 1967" and "We Ain't Taking No More” appear in a two-part book, "Reporting Civil Rights: American Journalism 1963 to 1973".

Another fact I found very interesting was that among his writing George refers to an African garment known as a dashiki. With this introduction the public became aware of this article of clothing - you might recall Percy Sledge (Soul Train) wore a dashiki. The term began appearing in print at least as early as 1967. Reporting on the 1967 Newark riots in the Amsterdam News, an article by Faith Berry in the New York Times Magazine includes the term on July 7, 1968. Several years after that, the word appeared for the first time in the Webster's New World Dictionary and George had introduced us to the term!

George  also wrote a chapter in the book, Harlem Theatre. George enjoyed his time in Harlem which allowed him to see many performances by well-known jazz musicians such as Duke Ellington, Miles    Davis, Thelonious Monk, Louis Armstrong and many others. He also had the pleasure of interviewing Billie Holiday, Ella Fitzgerald and others.

I feel as though George and I are “old souls!” We both look out for the underdog! George took his talents and wrote about history as he lived it! He did his part as a minority to record the annals of civil rights dissention, just as I try to do my part as a minority, a retired woman vet from the Gulf War. Thank you George for brightening my day!

I have to admit, some days I feel as if am a fossil. I don’t feel sorry for myself though and I welcome you to pick a piece of life, any piece, and make something of it! Look around you. Get to know the people. Start with your parents, or grandparents, talk to them! Discover what you can learn from them. Explore their world; discover their history... which is also your history. Is there an opportunity for 'serendipity' you have not discovered? Maybe take an oral history - write it down! We have truly amazing history everywhere, let’s seize the moment to learn more. 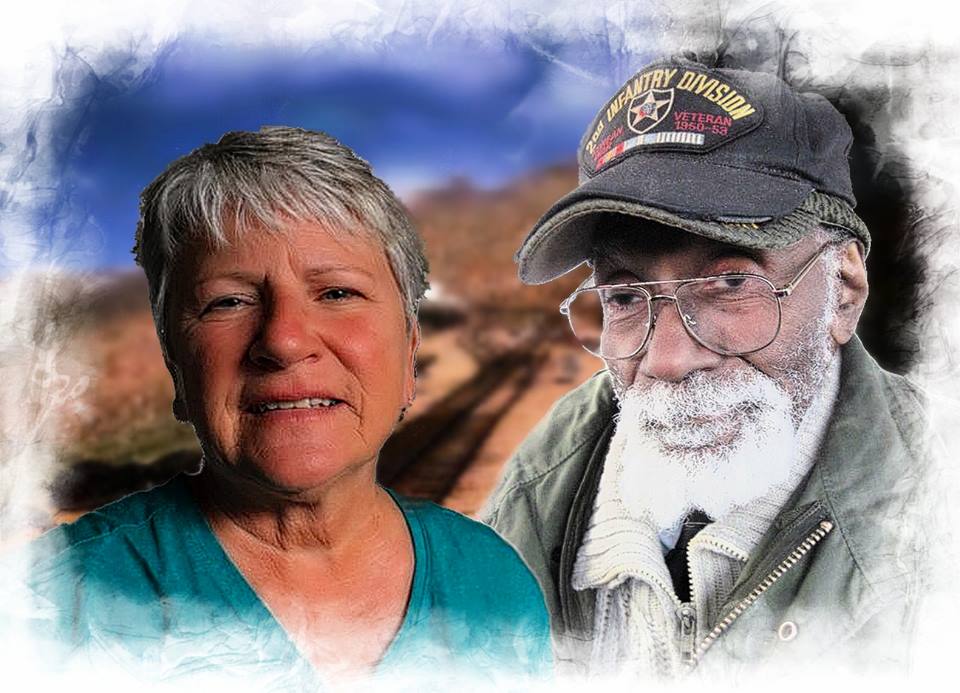